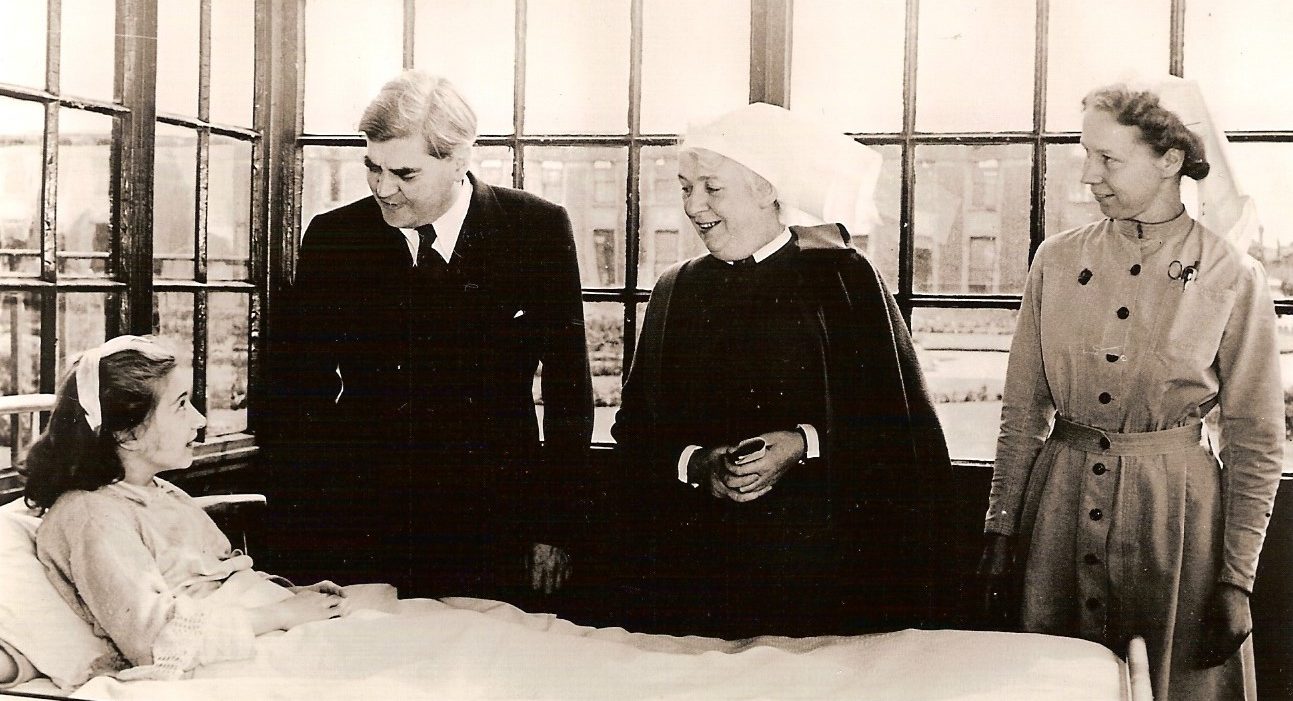 This year, on 5th July, we celebrated the 70th birthday of the NHS. The NHS has been, for a long time now, at the centre of British society, a constant contention point in all general elections and even Brexit and immigration debates. Although the debate today generally revolves around money, and although we generally agree that the concept of universal free treatment for patients is a benefit, the beginning of the NHS was not without scandal itself.

On 5th July 1948, Sylvia Beckingham was the first patient admitted to hospital in Manchester treated on the NHS. The idea of uniting all the country’s hospitals into one state-run structure took shape during the Second World War and immediately after. Back then, Britain had 2,700 hospitals run by charities and councils. The sheer number of casualties during the war put immense stress on the hospitals and, combined with low funding, many hospitals were close to bankruptcy.

In 1945, the new government promised a revolution in healthcare. Aneurin Bevan, the charismatic Minister of Health, stated his ambition to build a new health service based on four principles: free to the point of use, available for everyone, paid for out of general taxation and used responsibly. Whilst today you might agree with his principles, 70 years ago a furious opposition comprising consultants, doctors and political rivals existed. The idea of the service being universal came under scrutiny, also its funding from taxation, rather than insurance. The initial rush of patients in the first months of the NHS was blamed by Bevan on the uncertainty of the service being free for long due to the pressure exacted by its opposition.

In 1951, the vast expense tied to the NHS brought Bevan’s ministerial career to a premature end. With a new government in place, a committee led by Cambridge academic, Claude Guillebaud, was tasked with looking at different ways to pay for the nation’s health. To the government’s surprise, the committee came back with a report confirming that the NHS was an efficient, cost-effective way of treating healthcare, and so the NHS managed to survive its first perilous years and now reaches its 70th year of activity.

As we discussed in our previous blog, “Bismarck and the Beginning of Universal Healthcare”, as in that case for Germany, the initial steps of any nationwide healthcare system were a bit of a stumble, often driven or opposed by political considerations, rather than humanitarian ones. Although it might seem easy for us now to think of the nation’s health as a core state concern, a question that needs to be tackled and considered at the highest levels of government, we have to realise that for most of human history, health was considered a personal matter and only in cases of major epidemics would the state intervene.

It took us millennia to think of the state as a gathering of people with shared cultural values, then as a piece of land defined by arbitrary lines in the sand drawn since time immemorial, and the same thing can be said about healthcare. It took us a long time to see it as the responsibility of the government to ensure the well-being of the nation.

This website uses cookies to improve your experience while you navigate through the website. Out of these, the cookies that are categorized as necessary are stored on your browser as they are essential for the working of basic functionalities of the website. We also use third-party cookies that help us analyze and understand how you use this website. These cookies will be stored in your browser only with your consent. You also have the option to opt-out of these cookies. But opting out of some of these cookies may affect your browsing experience.
Necessary Always Enabled

Any cookies that may not be particularly necessary for the website to function and is used specifically to collect user personal data via analytics, ads, other embedded contents are termed as non-necessary cookies. It is mandatory to procure user consent prior to running these cookies on your website.