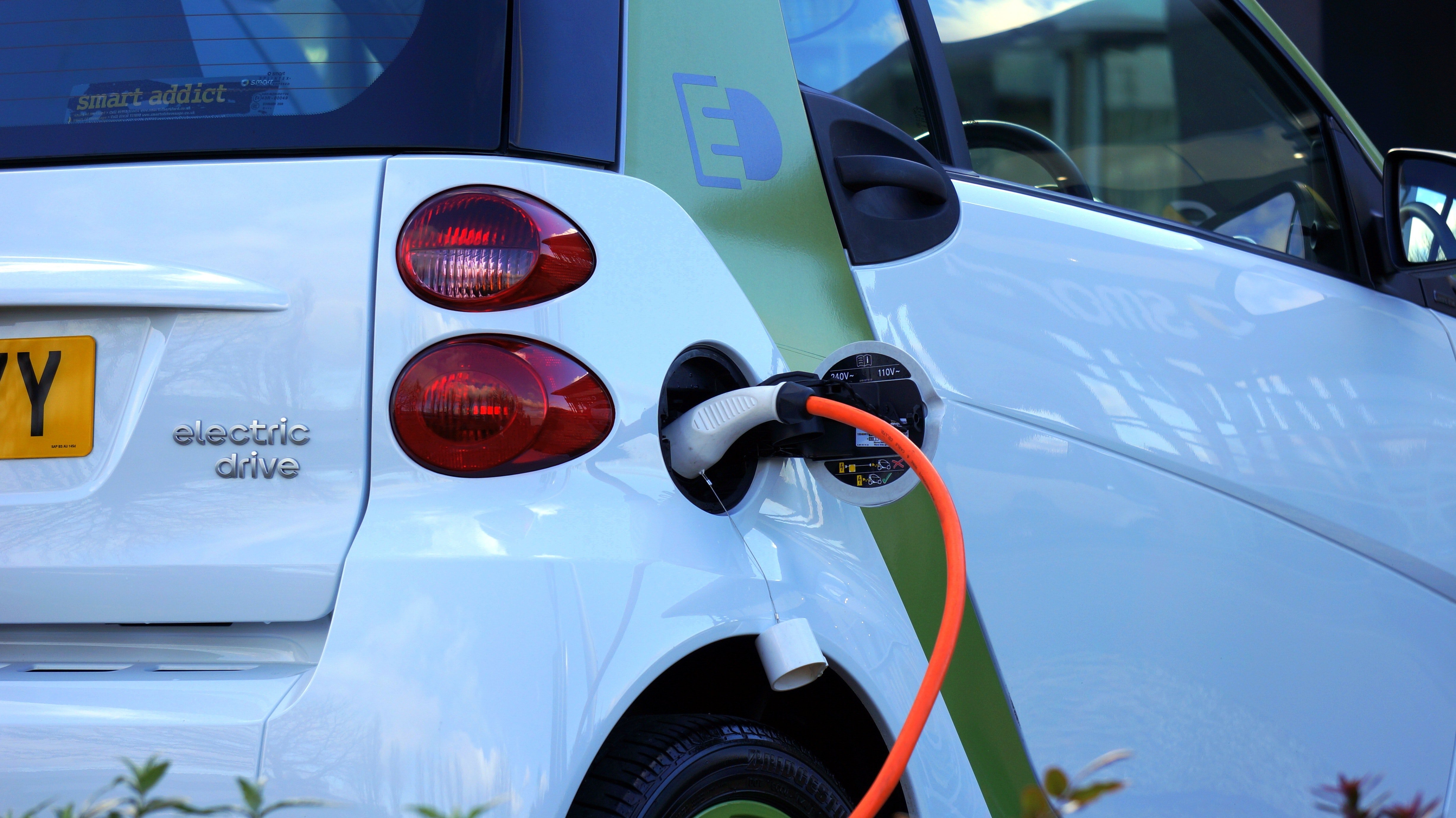 You have more than likely heard of hybrid vehicles, such as the Toyota Prius, or maybe even more modern electric vehicles, like Tesla’s line-up.  Even if you haven’t, I will be going over some of the details, and benefits/limitations of both.

The Toyota Prius is a Hybrid car that was originally released back in the year 2000. It featured both a traditional combustion engine that is found in almost all modern vehicles, as well as a battery and electric motor alongside this. The engine and the motor could be used in unison, the car automatically switching when necessary, depending on conditions such as speed, or individually when needed. The primary advantage of this was fuel efficiency, with the electric motor taking over at low speeds, such as in traffic, and the engine only taking over when more power was needed, such as on a motorway. Another advantage is the fact that since it uses less fuel, there will be much less emissions from the vehicle. While the Prius was originally released in 2000, it didn’t pick up in sales until around the year 2004, where it sold over 7,800 units, and then it quickly climbed to almost 43,000 sales in 2010. While there are plenty of other hybrids on the market, this one was what caught people’s attention since it was more affordable and is often considered to be the cause of the hybrid and electric car revolution. These hybrid cars often function by having the user charge the car at home or at a charging point occasionally to make sure the battery is topped up; however, the cost of electricity is a lot cheaper than fuel.

Ever since the popularity of hybrid cars spiked, there have been more and more efforts to make fuel efficient and ecologically friendly cars. These sorts of cars also often provide the benefit of reduced costs, since less money is spent on fuel. It is even possible to run some diesel cars on cooking oil, for roughly 18p a litre, saving on costs, and because it’s a biodiesel, it is more ecologically friendly. The most fuel-efficient cars are fully electric cars, simply because they don’t use fuel at all. Where Toyota brought attention to hybrid vehicles, Tesla have recently brought more attention to fully electric vehicles. They currently offer 3 different models of electric road car, with at least one more in development. As well as this they are now offering a fully electric semi-truck model for businesses.  There are now a number of electric vehicle models available, such as the Volkswagen E-Golf, and the BMW i3. However, electric vehicles are not just limited to cars, check out Zero’s range of fully electric motorcycles. 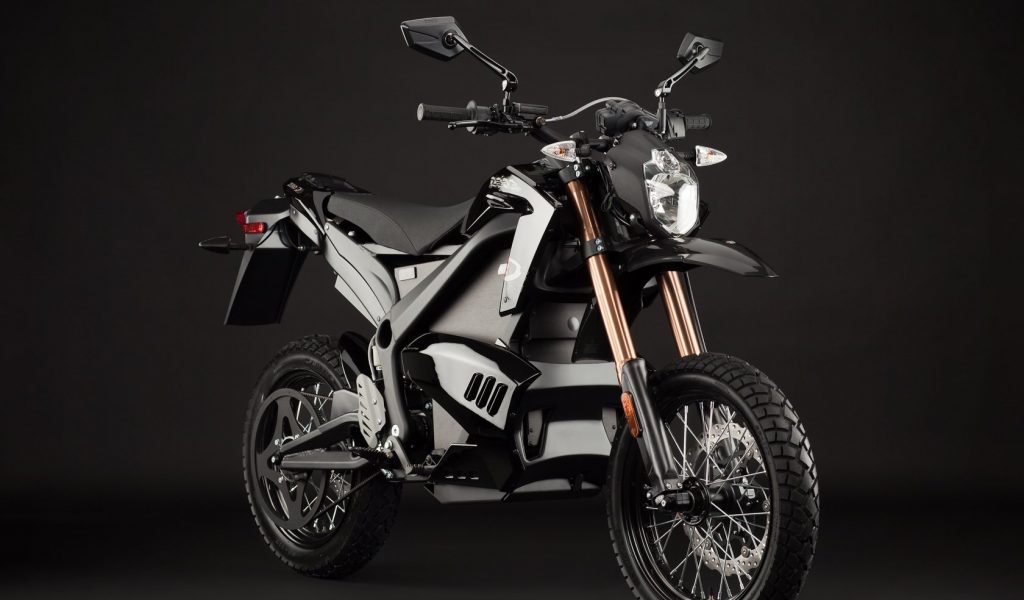 Now I am expecting some of you to be hesitant when it comes to electric vehicles, they are a new technology, and the history for them hasn’t always been great. Electric vehicles have often been lower powered vehicles, such as small mopeds and electric bikes, as opposed to fully-fledged vehicles. This being said, times have changed, and the modern electric vehicles now, in my opinion, have much more benefits over traditional combustion engine vehicles, that it may be time to switch.

One of the biggest benefits to electric vehicles, that will speak to a lot of people, is the cost savings. As stated above, fully electric vehicles simply need to be charged via a socket of some sort to be functional. They do not use petrol in any way, so you immediately save this cost, and electricity is a lot cheaper than fuel. For myself I spend roughly £200 a month on fuel, and with current prices, it would cost me roughly £20 a month to charge a Tesla model 3. As well as this, the cost of electricity should only be decreasing now as we become more and more reliant on renewable sources, such as solar power, meaning the cost of charging will only go down. The cost savings are not limited to the fuel however. Due to the nature of electric vehicles, they are a lot simpler; the main components are the battery and the electric motors. This means there is a lot less maintenance that needs to be done to the vehicle. For example, one saving is the lack of a need for oil changes, since there is no traditional engine. There are some new technologies possible with electric vehicles, which also have the side effect of great savings. One of these is called regenerative braking. This technology will use the momentum of the car to re-charge the battery when you lift off the gas. This also has the effect of slowing down the car, reducing the need to use the traditional brake. Elon Musk has stated that due to this, the brake pads on the car will last the life of the car, meaning you will not need to change them nearly as often. Another big saving is the road tax. This will vary a lot based on which country you live in, but currently in the UK, electric vehicles are tax exempt. Also, over time, the cost of electric vehicles should drop as production increases. They are a lot easier to make as they are a lot simpler, and there are a lot more opportunities for cost reductions that are not present in traditional cars.

The Teslas are also coming with some interesting technology and design choices. One of these is the new centre dashboard on the Tesla Model 3, replacing most of the instrument cluster that is present in most modern cars. Instead of using a lot of buttons and dials, most of these have been shifted into a large touchscreen interface to the right of the steering wheel. There are very few physical interfaces, the main ones being the pedals, steering wheel and the indicator stick. This choice may not be liked by everyone, but it helps reduce production cost, and makes making variations (such as right and left-hand drive) a lot easier to manage. Another interesting design choice is the key, or rather the lack of a key. The model 3 allows you to unlock, start and stop it using a credit card sized, NFC key of sorts. To unlock the car, you tap the card on the pillar between the doors, and to start it you simply place it between the front seats. However, this is the secondary method of entry, the true method is to install the Tesla app on your phone, and have the car detect when you are getting into it, and automatically power the motors once you are sitting down. Above we mentioned regen braking, which is a technology exclusive to electric vehicles. Due to the onboard computer having a direct connection to the motors, the software can manage different tasks when needed. This means safety features can be implemented, but the most exciting use case could be self-driving. This means the car could, in the future, drive you from place to place without the need for any human interaction. If you are interested in this, just wait for our upcoming blog on self-driving vehicles. 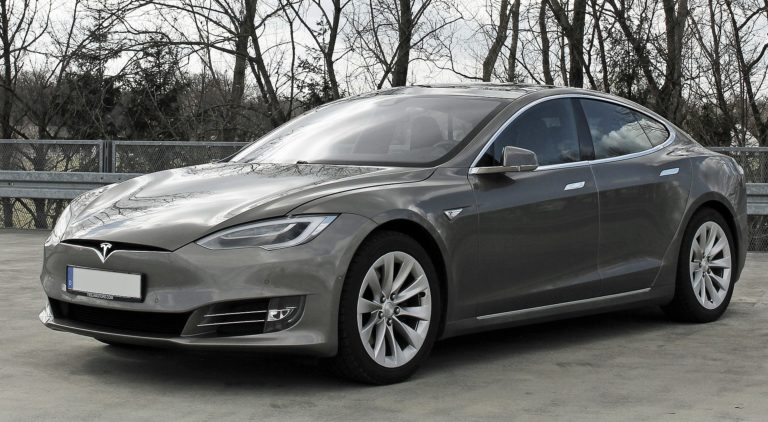 One other big benefit, primarily for the car enthusiasts, are the performance benefits. Due to the nature of electric vehicles, they do not need any gearbox or clutch system in the vehicle. It uses a single drive system, meaning it essentially has one gear. Also, it doesn’t need to keep the combustion process running like in a traditional combustion engine. This means no clutch is needed to disengage the motor from the engine. The motor is directly connected to the wheels, and when the vehicle is stopped, it simply stops the motor. This is almost like a very simplified version of an automatic transmission. Since there is no clutch or gearbox system, there is no delay between the motor turning and the power being delivered to the wheels of the car. This means that the car will start moving as soon as you apply pressure to the pedal. Additionally, because there is no ‘ideal rev range’, the power is delivered the same amount throughout all the range of the motor, making overtaking a lot easier. This gives electric vehicles a very torque heavy nature, with the Tesla model 3 delivering a peak torque of 550 lb-ft with roughly 330bhp.  Earlier on I mentioned that Tesla were working on a new model of car. Here I was referring to the Tesla Roadster. With this car they are aiming to create an electric car, which beats all other production cars in all stats. This will include the top speed of over 250mph, 0-60 acceleration time of 1.9 seconds, wheel torque peaking at 10,000 Nm and a range of 620 miles. This will outperform the Bugatti Chiron, which has a peak torque of 1,600 Nm, 0-60 time of 2.4 seconds, and a top speed of 261 mph. The cost of the roadster is also about £200,000, as opposed to the Chiron’s cost of €2,400,000.

Now, all electric vehicles do have some limitations and issues. The primary one of these is the range. The range does vary a lot from car to car, but some are now offering ranges of up to 300 miles. This will be more than enough for most people; however, this is still something to consider when looking up cars. As well as this, range is difficult to give an exact figure for as it is affected by many factors, including the size of the battery, the quality of the battery/motors, the type of driving you’d be doing, and the weather conditions that you’ll be driving in, as lithium-ion batteries perform better in warmer conditions.  Another concern people often have with EVs is the time to charge and where they can charge it. This is probably the biggest limiting factor of electric vehicles currently as there are not huge amounts of charging points, and while some charging points have the potential to fully charge the car in less than an hour, these are only at certain locations, so a lot of old, slow charges are still being used.

If you’re still not 100% convinced, know that some governments are offering incentives for people to get electric vehicles. For example, here in the UK, the government is offering a subsidy on electric cars of 35% of the car’s cost, up to £4,500 (at the time of writing). As well as this the UK government is aiming for most new cars to be electric by 2030, and potentially banning non-electric vehicles by the year 2040.